Atlas stone accessories may be a bit difficult to program in if you are not familiar with Strongman training.

If you are interested in training for a Strongman competition but don’t have access to an atlas stone, you’re in luck.

Luckily, a lot of the primary movements involved in lifting an atlas stone can be broken down into accessory exercises that you can easily perform in the gym.

In this article, we will cover some of the accessory exercises you can add to your routine that can help you to lift an atlas stone in a Strongman competition.

But before we get into the atlas stone accessory exercises, I wanted to first discuss how to properly lift an atlas stone.

How to lift an atlas stone

Lifting an atlas stone is a bit tricky for beginner lifters but with time and practice, you will be able to learn how to lift one.

The atlas stone is a complex movement that involves lifting the stone off of the ground, loading the stone onto your legs, and then being able to explode out of the hole and lift the stone on or over the platform.

In order to lift the atlas stone, form is as important as strength because poor form could cause you to lose grip and allow the stone to slip.

With that being said, the first phase of lifting an atlas stone is the preparation phase.

You want to stand fairly close to the stone.

The closer you are to the stone, the easier it is to lift.

Think about it as if you were performing a deadlift.

If you start off too far away from the bar, or too close, the lift becomes much harder and you are less capable of lifting heavy weights.

You want to stand with your feet over the middle of the atlas stone.

In addition, you want a stance that is slightly wider than shoulder-width but not too wide as you need to be able to bring our knees together and load the stone on top of them.

After your stance is set up, you want to bend over and grip the bottom of the stone by spreading your fingers wide apart.

This could be tricky but by spreading your fingers, you are increasing the amount of contact you have with the stone.

In addition, similar to the deadlift, you want to keep your elbows straight rather than bent as bending them will put excess strain on your biceps which could lead to a bicep’s tendon rupture.

Once you have your grip, squeeze your arms together as if you were crushing the stone, and straighten your spine and lift the stone using your hips until it is over your knees.

At this point you want to bring the stone into your body, resting it on top of your knees.

From there, push into the ground with your feet, front squatting the stone up, and driving your hips forward in order to generate momentum towards the platform.

I suggest you watch the recommended video over and over to get a better idea of what movements are required to lift an atlas stone.

If you do not have access to training with an atlas stone, it will be harder for you to get the right form, but if you train these accessory exercises you will be more likely to lift the stone when competition day arrives.

Now that you understand how to lift the atlas stone, and the main movements involved in lifting the atlas stone, here are some accessory exercises you can implement into your program that could help you to lift an atlas stone for your next competition.

In this section, we have six of the most effective exercises that most commonly resemble movements involved in lifting an atlas stone.

It’s important to keep in mind that performing one exercise won’t be enough, and you should be doing all of these exercises in order to improve your chances of lifting the stone.

These accessory exercises work the same movements, and muscle groups that are involved in lifting an atlas stone which will carry over on competition day.

The pendlay row mimics the bracing force when trying to lift the atlas stone from the floor.

Although you are not rowing the atlas stone, while lifting it, your back is in a similar position.

Training to brace in this position in order to lift weights will help you to stay tight while lifting the atlas stone.

As the all-time greats say, it’s never a bad idea to buidl a huge back.

The stiff-legged deadlift will help simulate lifting the stone off the ground.

While lifting an atlas stone, your hips will be positioned quite high meaning your legs are more extended. Because of this, a stiff-legged deadlift will carry over much better than a conventional deadlift.

The reason why a sumo deadlift is not appropriate is that while lifting an atlas stone, you need your legs to be somewhat close together in order to allow the stone to rest on it.

If you have a wide stance, the stone will simply slip once you pick it up.

The front squat most closely micks the movement of trying to lift the atlas stone while it is resting on your knees.

During the front squat, the load is positioned in the front of the body placing more emphasis on the quads, and allowing you to sit deeper within the front squat position which is different from the traditional back squat because it is more upright.

In order to lift an atlas stone, you need to be able to drive into the floor through your feet with enough force, bringing the stone up with you which our next accessory exercise also trains.

Though the power clean is an Olympic lift, it could also be used as an accessory exercise to train the muscles involved with bringing the stone up and over the platform.

The power clean is a combination of the deadlift and a front squat so its movements already closely resemble lifting an atlas stone.

Despite this, the power clean is still a great exercise because it helps to build explosive strength which is required to lift an atlas stone.

The dumbbell fly is a great accessory exercise that can help you lift an atlas stone because it trains the pecs which are involved with gripping the stone tightly during the bottom portion of the lift.

It doesn’t matter how much force you can generate from your legs, if you don’t have the proper grip, you can’t lift the stone off the ground.

Having strong pecs is a must and the dumbbell fly helps improve your grip by allowing you to grip both sides of the stone tightly ensuring that it doesn’t slip out.

The final accessory lift you should implement is a simple bicep curl.

The reason why is because the bicep is the most common muscle to be injured in strongman competitions.

A weak bicep could easily result in a bicep’s tendon rupture.

Though this isn’t super common, you should still strengthen your biceps in order to best decrease your chance of rupturing them.

What you need to do is train with atlas stones directly for more carryover.

So, even if you can get your hands of a lighter atlas stone, it will do a lot of good for your neurological adaptation to training.

Sandbags and other large-awkward objects like anchors or large boulders would also work.

Really, mother-nature created some very heavy stones in weird shapes that you can also use for training.

That would be my 2nd place training priority.

Then, once you organize your training around these primary movements, throw in the atlas stone accessories so that you can really take advantage of building strength and muscle.

In this article, we discussed some atlas stone accessories you can implement into your workout routine.

Lifting an atlas stone is not much different than lifting a barbell.

It is just that because of its shape, it is very tricky to grip and lift.

I find that those who have trouble lifting an atlas stone are more limited by their form and body mechanics rather than lack of strength.

Though training these accessory exercises will help to improve your chances of lifting an atlas stone, nothing will train your form better than actually working with an atlas stone.

As a result, if you plan on competing seriously in Strongman competitions, then you should join a Strongman gym where you have access to the right equipment.

Or purchase your own equipment to do heavy training. 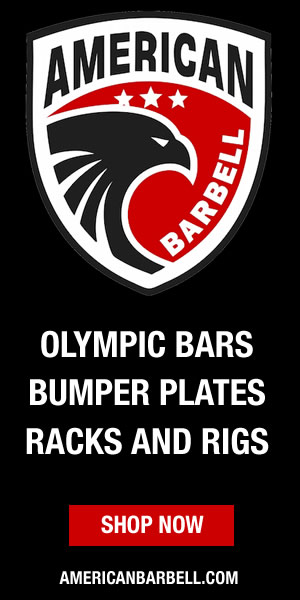 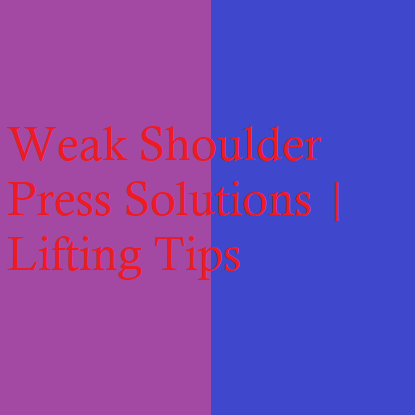 Nobody wants to have a weak shoulder press but is there any way to get a stronger press? 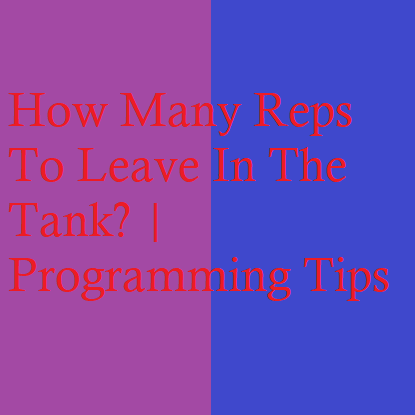 I often wondered if you should leave any reps in the tank when lifting weights in the gym. 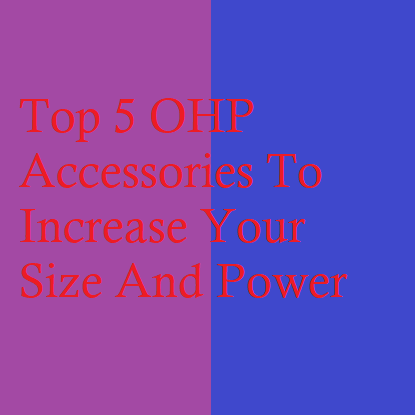 You are looking for the best ohp accessories to get your overhead press stronger. 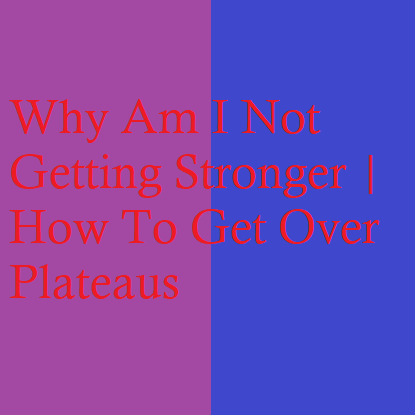 Reaching a plateau is one of the most common issues you will face in your weightlifting journey. 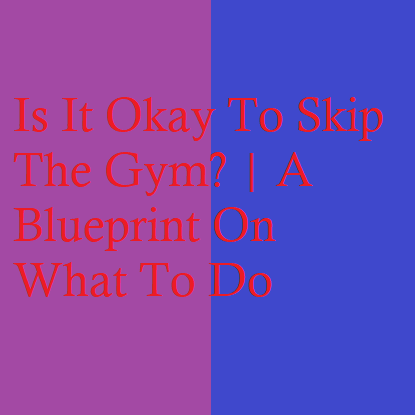 Skipping the gym may not be the end of the world if it is only a month but you do need to ask yourself important questions... 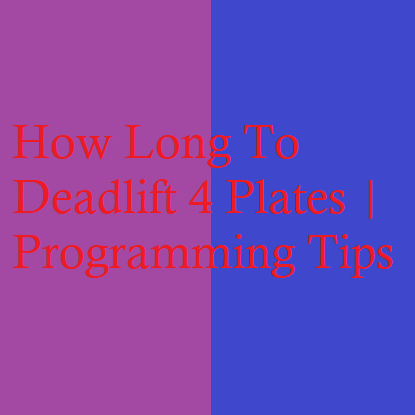 How impressive is a 4-plate deadlift really?